He was born on April 1st, 1928 in the town of Meshochvsk, in the Kaluga Region, Russia, Former Soviet Union. His father was a school history teacher and his mother was an economist. Young Valentin learned to read by the age of four and started writing poetry early in his childhood. In 1938, Valentin and his family moved to the city of Kaluga trying to get lost in a bigger city. Young Valentin’s father, Dmitry Berestov, was persecuted because of his wife’s noble precedence. He lost his Communist Party membership because of his marriage.

In 1941, after the war reached the Soviet Union, Dmitry Berestov went to fight as a Red Army officer in the front lines. Thirteen year old Valentin, his mother Zenaida, and his younger brother Dmitry were evacuated to Tashkent, Uzbekistan. This city was located far away from the front lines while the City of Kaluga was occupied by German troops. Soon after, the communication with his father was lost. Dmitry Berestov was considered missing. Furthermore, the family did not receive any news from Dmitry until the end of the war, when they discovered that he had become a prisoner of war, he worked at work camp in German territory and was liberated by American troops in 1945.In Tashkent, young Valentin and his family found themselves in poverty. Valentin became ill and almost died from starvation. During those difficult years, Valentin found refuge in writing poetry and reading the works of Russian poets.

Young Valentin’s life saving event occurred in 1943 after he met Corney Chukovsky, a famous Russian children’s poet, who also introduced him to other writers that were evacuated to Tashkent. Writers like Aleksei Tolstoy, Anna Akhmatova, and Corney Chukovsky went to the local Uzbek authorities and asked for help for the ill talented teenager. Valentin received the intensive nourishment he required to combat his malnutrition and then was sent to a clinic for three months, to recover his illness.

In 1944, Valentin was sent to Moscow where he lived in the houses of various famous writers. Young Valentin had missed two years of school in Tashkent because of his illness, but he was able to test out of those two years and continued schooling with students his age. Valentin Berestov was know for his excellent learning abilities and phenomenal memory. Later, he went to a boarding school in the outskirts of Moscow and graduated in 1946 with a silver medal, which allowed him to pick any university career he wished without the required entrance tests.

Most of the writers that supported Valentin, expected him to choose Moscow’s Literary Institute and study to become a professional writer. Valentin’s views on writing were different. He believed that a good poet needed to get real life experiences and study for an unrelated career to earn such experiences. Young Valentin chose the Historical Faculty of Moscow’s State University and decided to become an archeologist. Valentin stopped writing poetry and dedicated himself to his studies.

While Valentin was working in his postgraduate studies and writing his thesis, poetic inspiration took over again and soon after he became a professional writer. His first book of lyric poetry, “Departure,” was published in 1957. After his daughter’s birth, Valentin Berestov began to write poetry for children and shortly became one of the most known authors of Russian magnificent children’s literature, together with Chukovsky, Marshak, Zahoder, and Barto.

Valentin Berestov became a translator of many writers His favorite author to translate was Belgian poet Maurie Careme, who wrote in French. Berestov once said: “you translate what you wish you could write yourself.” Careme was close to Berestov because his lyric style, common sense, generosity, and humor.

Valentin Berestov also became an expert on Alexander Pushkin’s work. He discovered and proved that two of the songs that for years had been considered traditional Russian songs, were in fact poems written by Alexander Pushkin.

Berestov wrote many memoirs regarding his interactions with Corney Chukovsky, Marshak, Alexei Tolstoy, Akhmatova, and several others. In addition, he began to write his personal memoirs “Heavenly Forces,” but was unable to finish them before his death. He was only able to include his early childhood in his memoirs.

He traveled around his country and around the world. He gave presentations in many universities in Europe, the Americas, and Japan. He was often a guest in several television and radio programs in Russia. In the 1990s, he began to compose and sing songs. “There is always something new to begin. Currently, songs are new to me.” Valentin dies in Moscow in April 1998; two weeks after his 70th birthday. 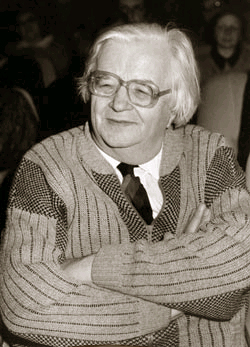